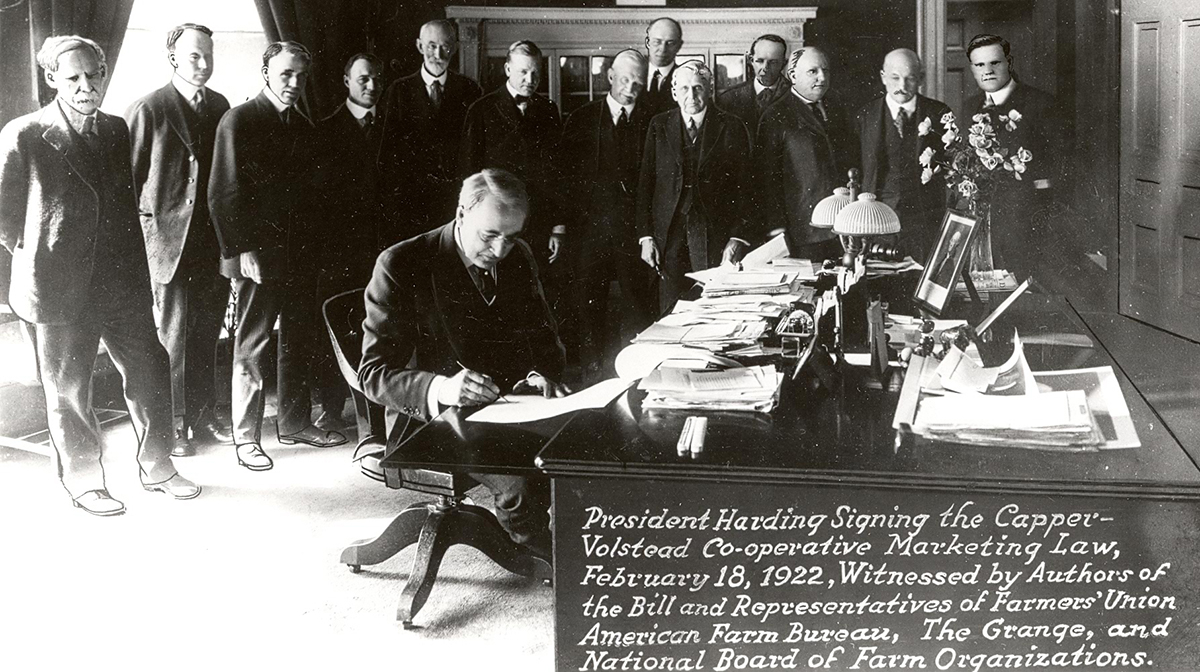 February 18, 2022 marked the 100th anniversary of the Capper-Volstead Act. This piece of legislation provided limited exemption from antitrust laws for agricultural producers who market their products on a cooperative basis. Before the signing of Capper-Volstead, individual producers had an economic disadvantage in the marketplace. To make markets more competitive, producers began to market, price and sell their products collectively through cooperative associations.

Early cooperatives did exist, but legal challenges loomed large. Producers marketing their products together were argued to be in violation of antitrust regulation in the Sherman Act.  Senator Arthur Capper from Kansas and Representative Andrew Volstead from Minnesota sponsored the Capper-Volstead Act, which is often referred to as the “Magna Carta” of cooperatives. Senator Capper put it simply, “[The Capper-Volstead Act’s] purpose gives the farmer the same right to bargain collectively that is already enjoyed by corporations.” 62 Cong. Rec. 2057 (1922). For 100 years, the Capper-Volstead Act continues to empower agricultural producers to market cooperatively.

The Arthur Capper Cooperative Center (ACCC), a public-private partnership between Kansas State University’s Department of Agricultural Economics and Kansas Cooperative Council, is named in honor of Senator Arthur Capper. The purpose of the ACCC is to determine, develop and deliver research and education for the cooperative community.

From the desk of Allen Featherstone