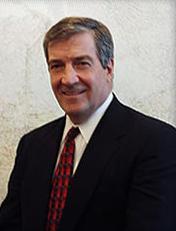 Robert H. Peyton is a Member of the Board of Managers of C.I.S. Management Co. and president and chief executive officer of Agribusiness Management, LLC, the investment manager for the private equity investment fund, Agribusiness Partners International, headquartered in Nebraska. Peyton joined America First Companies in 1995 to serve as the president and chief executive officer of the Investment Manager. In that capacity, he has overseen the investment of $100,000,000 in food and agribusiness companies in the former Soviet Union.

His previous experience includes 17 years with Cargill, Inc. and ten years with ConAgra, Inc., holding top management positions with both companies. Most recently, Peyton served as executive vice president of ConAgra International and president of ConAgra International Eastern Europe and the former Soviet Union. Peyton currently serves as a Director of four Portfolio Companies in the CIS: Rasko (Glass Bottle Producer), Golden Rooster (Integrated Broiler Company – Chairman), Polygraph (Label & Packaging Company) and Bagrationi (Sparkling Wine Company). Peyton was elected Chairman of the Board of Directors of the Chamber in October 2004.