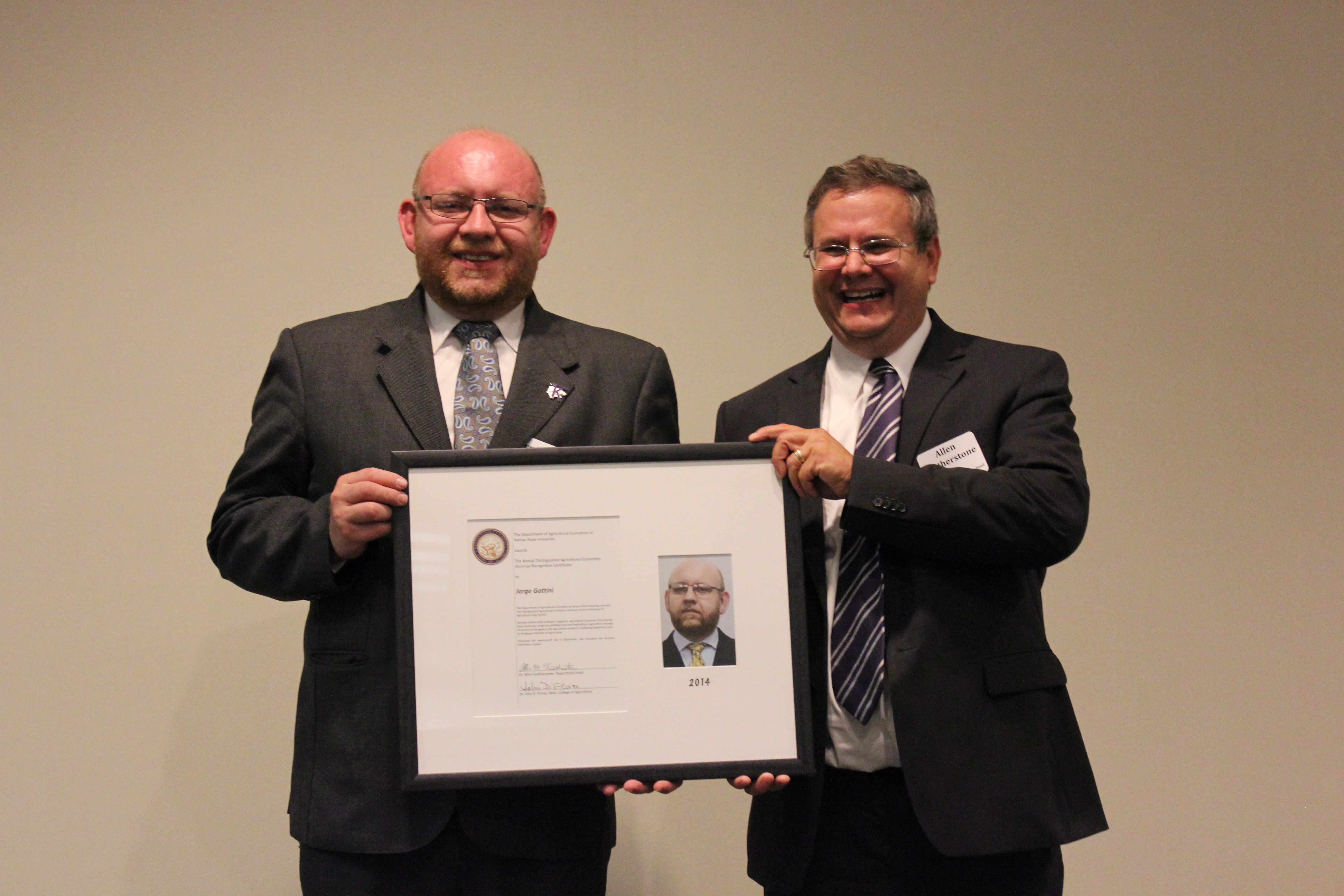 The Kansas State University Department of Agricultural Economics is pleased to announce that it will present a very honorable award to someone who has made his mark in Manhattan and abroad.

Jorge Gattini, Minister of Agriculture, Paraguay, will receive the department’s 2014 Distinguished Alumni Award. The department is honored to offer this award to Gattini. This award is given to an alumnus who has demonstrated significant professional achievement related to agricultural economics or agribusiness.

On Wednesday, Sept. 24 Gattini will give a lecture about Agriculture, Agribusiness and Rural Development in Paraguay. The lecture will be at 2:30 p.m. in Forum Hall at the K-State Student Union.

The alumni and scholarship banquet will be held Friday, Sept. 26 at the Farm Bureau Building in Manhattan, Kans.

Gattini was sworn in to his position as the Minister of Agriculture in Paraguay August 15, 2013 under their President, Horacio Cartes. Gattini has held several positions mostly in the agriculture ministry's marketing department under three agriculture ministers.

He earned his master’s degree in agricultural economics at K-State in 1998, and earned a master's degree in applied economic environmental at University of London, Imperial College.

Gattini came to Manhattan from Paraguay in a cultural exchange program with Kansas 4-H, staying for about a month during the early 1990s. This was a program of Kansas Paraguay Partners, an international volunteer organization promoting people-to-people exchanges between Paraguayans and Kansans.

Allen Featherstone, department head and professor of agricultural economics, served as Gattini's professor during his graduate school work and oversaw his master's program, where he studied 'The Agricultural Financial System in Paraguay'. The purpose of the project was to setup a financial system to allow farmers to get credit for purchasing inputs.

“I always knew Jorge would excel in his future just from the interactions that I had with him as a student,” Featherstone said. “We are honored that he is coming back to visit the department and to accept this award."