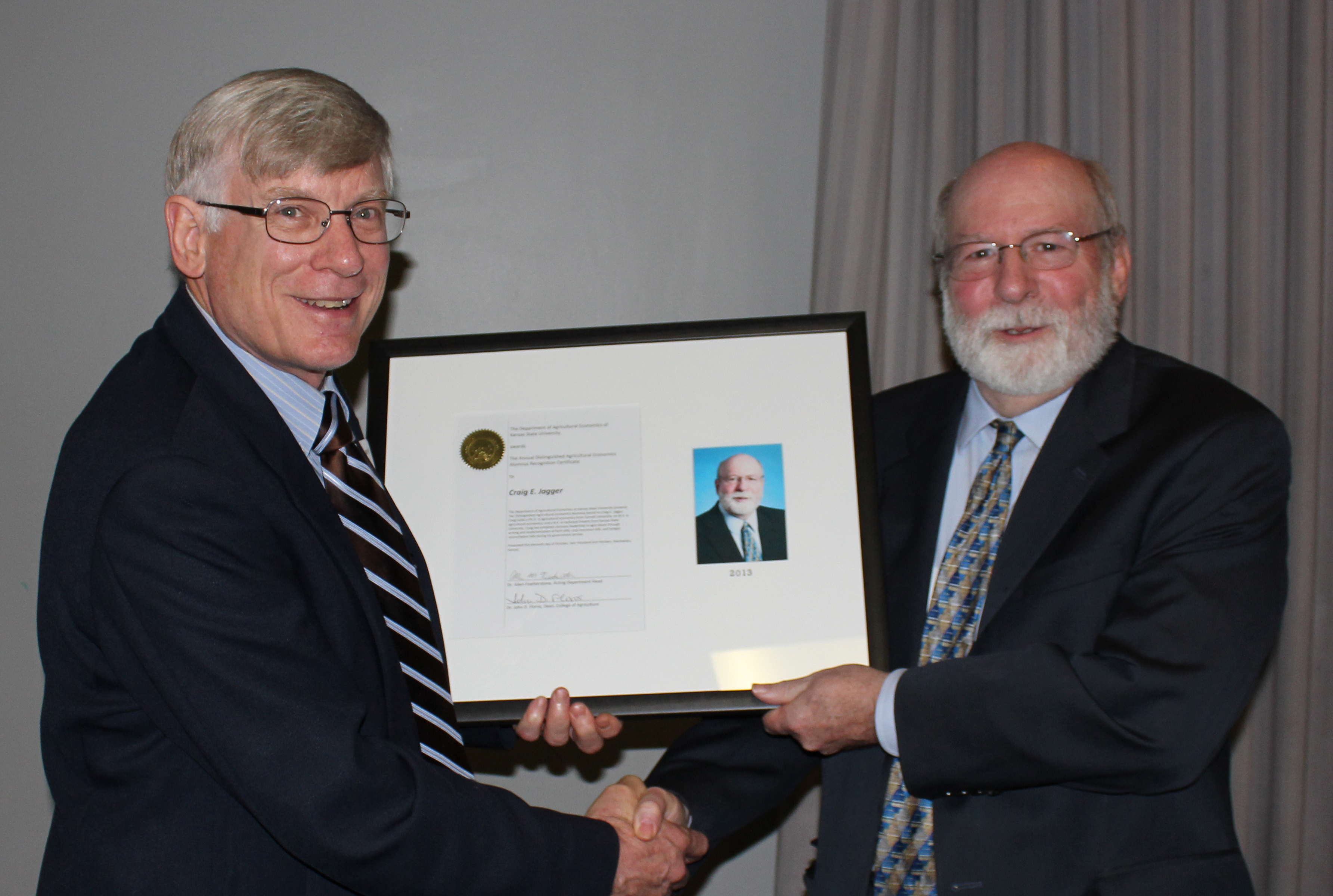 During the Student and Alumni Awards Banquet held October 11, 2013, Craig Jagger was presented with the 2013 Distinguished Alumnus Award. This award is given to an alumnus who has demonstrated significant professional achievement related to agricultural economics or agribusiness.

During 27 years of government service in Washington, D.C., Jagger worked for ten years as Chief Economist for the House Committee on Agriculture, under two Republican and one Democratic Chairmen; five and a half years as a Principal Analyst for Agriculture at the Congressional Budget Office (CBO); and six years as the Wheat Program Analyst at USDA’s Farm Service Agency (FSA). He also held early career positions at the Government Accountability Office and U.S. Department of Agriculture’s Economic Research Service.

Jagger has been married for 26 years to Joy Harwood who is Chief Economist for FSA. They have two daughters, Margaret, 13; and Caroline, 9.

Other Distinguished Alumni in attendance at the banquet were Rich Porter and Loren Kruse. Visit the alumni web page to view the video of undergraduate scholarship winners that was featured at the banquet.